Esports Takes To The Gym!

It wasn’t too long ago that the gamer stereotype was someone who disliked physical activity and spent most of their time as a recluse in their local basement (in fact, this assumption is still prevalent, even today). While this was a common insult before, it hardly applies in today’s gaming scene – especially in esports. Newcomers to competitive gaming may be surprised to find that the physical state of these players betray their expectations! The modern professional esports scene is filled with anything but these stereotypes, as players and their teams now take their physical fitness more seriously than ever.

Recently, big-name esports team organizations (e.g. Team SoloMid, Dallas Fuel, Cloud9, Los Angeles Gladiators, Fnatic…) are regarding their players’ physical health as a critical component of their play. Much as one would expect a professional, ‘real’ sports team to, these organizations highly encourage their players to work out and focus on their nutrition – for some, it is even mandatory as part of their training as a player. Often, the managers for these teams will even hire personal trainers and cooks to cater towards daily exercise and a healthier diet.

UCI Esports scholarship teams are no exception to the belief that physical health is a key part of player success, both in and out of the game. In fact, the scholarship players have a personal trainer available to them, Haylesh Patel. Patel works for both the League of Legends and Overwatch teams as their Exercise Physiologist – crafting health and wellness programs that are tailor-made experiences for each individual player. These programs take into consideration a player’s goals, whether it be in the physical or mental realm.

A lack of physical activity on stage makes a clear divide between pro esports players and athletes. However, fitness and health remain key to consistent performance and optimal gameplay. Good health is vital to competitive games of all types – whether it’s a MOBA, FPS, or FG. These games are fueled by split-second reflexes and a deep knowledge of game strategy. A player’s mind is the key to their success and one of the best ways to amp concentration is to embrace a healthy lifestyle.

A number of pro players have gone through drastic physical transformations after being recruited under these teams – losing weight and gaining muscle mass. It is remarkable how much positive attention some esports teams have gotten in terms of keeping their players fit, whether it be for aesthetic appreciation or the sheer dedication the players put into their exercise. A fine example of such would be Gilbert “Xplosive” Rojo from OpTic Gaming. In 2017, he posted two photos of himself – one at the beginning of the year and one at the end. The dramatic loss of weight garnered much attention, with many fans expressing how inspiring his fitness journey was.

It’s about how you finish.
Feb-Dec, 2017 been wild
(not done yet) pic.twitter.com/sYsIdB32wJ

Xplosive is one of many pro players with a weight loss transformation to behold. Recently, pro players have become active on social media – promoting fitness with videos at the gym, progress photos, and updates on their personal fitness goals. Many fans of these players often feel inspired by the dedication to the gym life and strive to create and work towards their own goals.

It’s amazing to see how the esports scene has revolutionized itself over the years, changing the stigma and bringing light to fitness and health in a young, but rapidly growing industry. In future articles, I will provide readers with an in-depth look at the UCI Esports fitness program, featuring interviews with Haylesh Patel himself, as well as an inside scoop on the program’s function from players Brenden “tildae” Alvarez (not pictured) and Lyubomir “BloodWater” Spasov (pictured above in the featured image to the very right)! 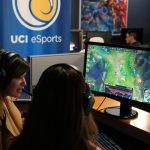 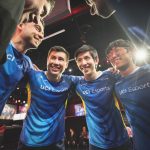 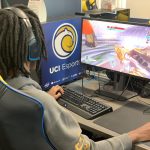 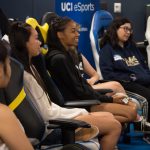 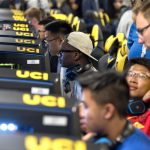 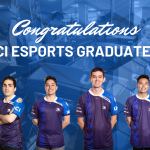 See You Next Mission! Farewell to UCI Esports' Graduating Players 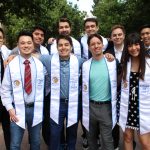 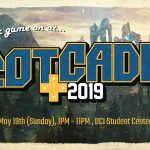 The month of September marks an especially busy time for Allison Le. Between prepping for fall quarter classes and settling into life as a senior in the School of Physical Sciences, she’s got a lot on her plate–but, as UCI Esports’ League of Legends Team Manager, her work doesn’t end there. Indeed, for the last three weeks, Allison has been sifting through applications for one of ten spots on UCI Esports’ scholarship League of Legends teams, working closely with coaches David Tu and Geoff Wang to find top talent for both varsity and JV positions.

Although the application period for spots on our League of Legends teams opened on September 3rd, Le encourages students to apply until the October 8th deadline. Following that date, the most qualified candidates–as determined by Tu, Wang, and a host of junior analysts-will be asked to attend live tryouts at the UCI Esports Arena, where their skills will be put to the test in real time.

The first stage of the application process, conducted entirely online, consists of a short interest form requesting applicants’ rank, champion pool, and preferred team position. It might seem sparse, but this information gives the recruitment team an idea of players’ standing ingame and allows them to determine which open roles each might best fill.

During live tryouts, which start mid-October, applicants will be sorted into groups and pitted against other collegiate teams in matchups resembling those of the College League of Legends (CLoL) series. As they play, Tu and Wang will watch from the sidelines, noting each player’s quirks, proficiencies, and–inevitably–the areas in which they stand to improve.

By day’s end, they’ll have made their decisions.

In addition to financial aid, scholarship players gain access to a variety of personal and academic wellness programs courtesy of UCI Esports, including biweekly meetings with a team psychologist, advice from professional esports coaches, and one-on-one training from exercise physiologist Haylesh Patel.

With live tryouts two and a half weeks away, there’s still time to apply for a spot on one of our League of Legends teams–but not much. If you have a knack for gaming, and are at all interested in joining our esports family, take two minutes to complete an online application. It might just change your life.

See You Next Mission! Farewell to UCI Esports' Graduating Players