Due to the COVID-19 pandemic, we are pivoting for Summer 2021 toward virtual programs. Thank you for your patience as we work on building a new program and format for our summer programs.

This page is currently the archive of our 2019 Girls in Gaming summer camp!
Until we have updates for our 2021 virtual program, feel free to peruse our programming from the last year we met in person.

The Girls in Gaming camp was our founding camp in 2017, and we aim to continue the series while improving with what we’ve learned. We will be joined by guest experts to explore a range of topics from streaming, game development, the competitive scene, and much more. Additionally, the camp will focus on networking and learning from the challenges our speakers have overcome in the currently male-dominated industry.

Our target audience is high school students currently in their junior or senior years of high school, but we encourage everyone who is interested in attending this camp to apply. We’ve found that the topics covered are most useful for students ready to explore potential careers and developing professional skills, so please use your best judgement!

The list of staff, guests, and the schedule is subject to change in the weeks leading up to the camps. This is still a work in progress as we continue to refine our curriculum to make sure that our camps are as enjoyable and educational as they can be while still accommodating our staff and all campers.

The current schedule and guest profiles are subject to change.

Director
Mark led the effort to create the world's first collegiate esports program at a public university - UC Irvine. Working closely with student leaders, administrators, faculty, and industry partners, Mark built a business plan that is cost-neutral to the university and that broadly approaches the world of esports through the four pillars of competition, research, community and entertainment. Since coming to UCI in 2010, Mark advised student government leaders and coordinated some of UCI’s largest and most successful events including six consecutive Guinness World Records. Mark has a B.S. in psychobiology from UCLA and a MBA from Cal State Fullerton's Mihaylo College of Business and Economics.

Assistant Director
Kathy found her way to UC Irvine through her interest in pursuing a career in the gaming industry, suitably majoring in Computer Game Science. She cofounded and led one of the largest gaming clubs in the world, The Association of Gamers at UCI, and dedicated all of her time between classes training officers, planning events, and, of course, playing video games. Her favorites include Final Fantasy XIV, League of Legends, and Path of Exile. She also enjoys competitive typing on websites such as TypeRacer.com.

Chief Operating Officer, NASEF
Samantha represents UCI Esports in managing operations, the community advisory board, and tournament events for the Orange County High School Esports League. She graduated from UCI in 2016, where she double majored in Political Science and Film & Media Studies.

League Operations, NASEF
Jessamyn serves as League Operations Coordinator for NASEF. A leader in the esports community since 2008, she was previously a supervisor and intern for UCI Esports. She specializes in events, media production, and team management. She is currently training to be the top SoCal Melee Jigglypuff.

Player Support Coordinator
Hillary supervises program interns and the scholarship teams. Once an esports intern, she now specializes in providing personal and professional development, team management, and event coordination. A veteran pro gamer, her latest achievements include 7th in the Beanstalk Skribbl Circuit. 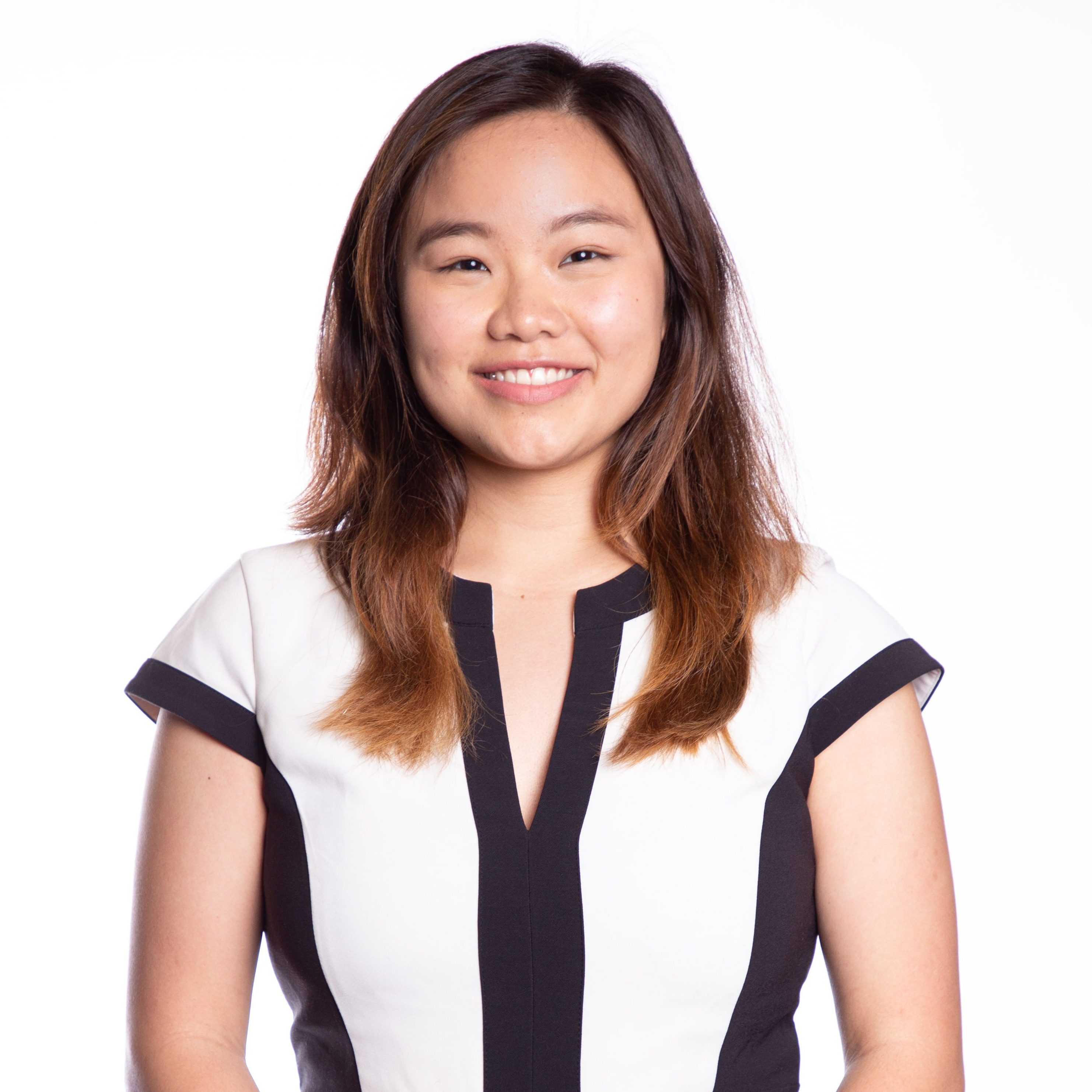 Camp Coordinator
Allison is a 4th year Mathematics major looking to specialize in data science and apply her skills in the esports industry. Her hobbies include streaming League of Legends and Final Fantasy XIV. Outside of PC gaming, she aspires to join the DSCS, Dancerush Stardom Championship Series. 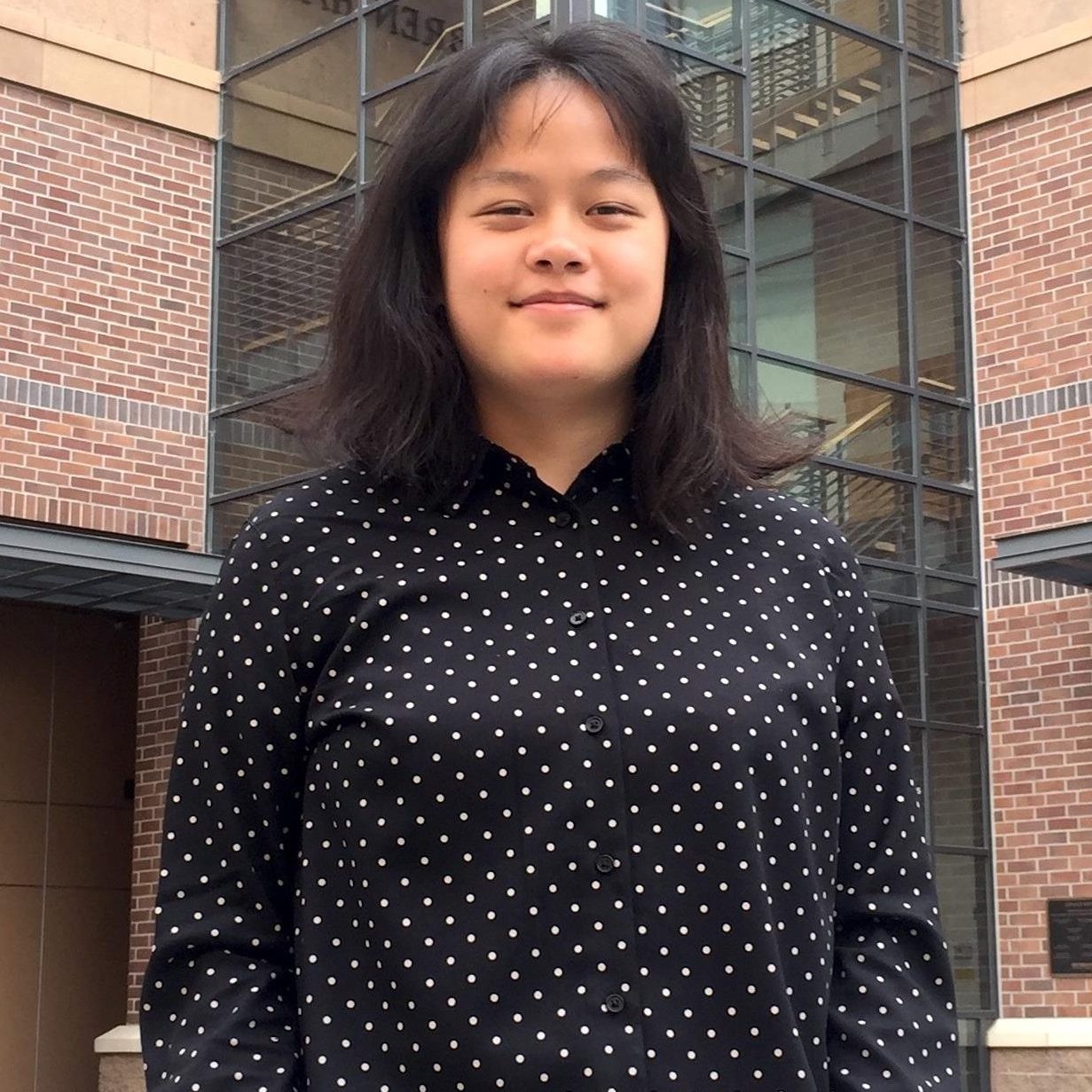 Camp Counselor
Alice is a fourth-year Informatics major at UCI who is passionate about all things games-related. Outside of UCI Esports, they are also active in the ICS student community, and have helped host various computing-related events on campus. 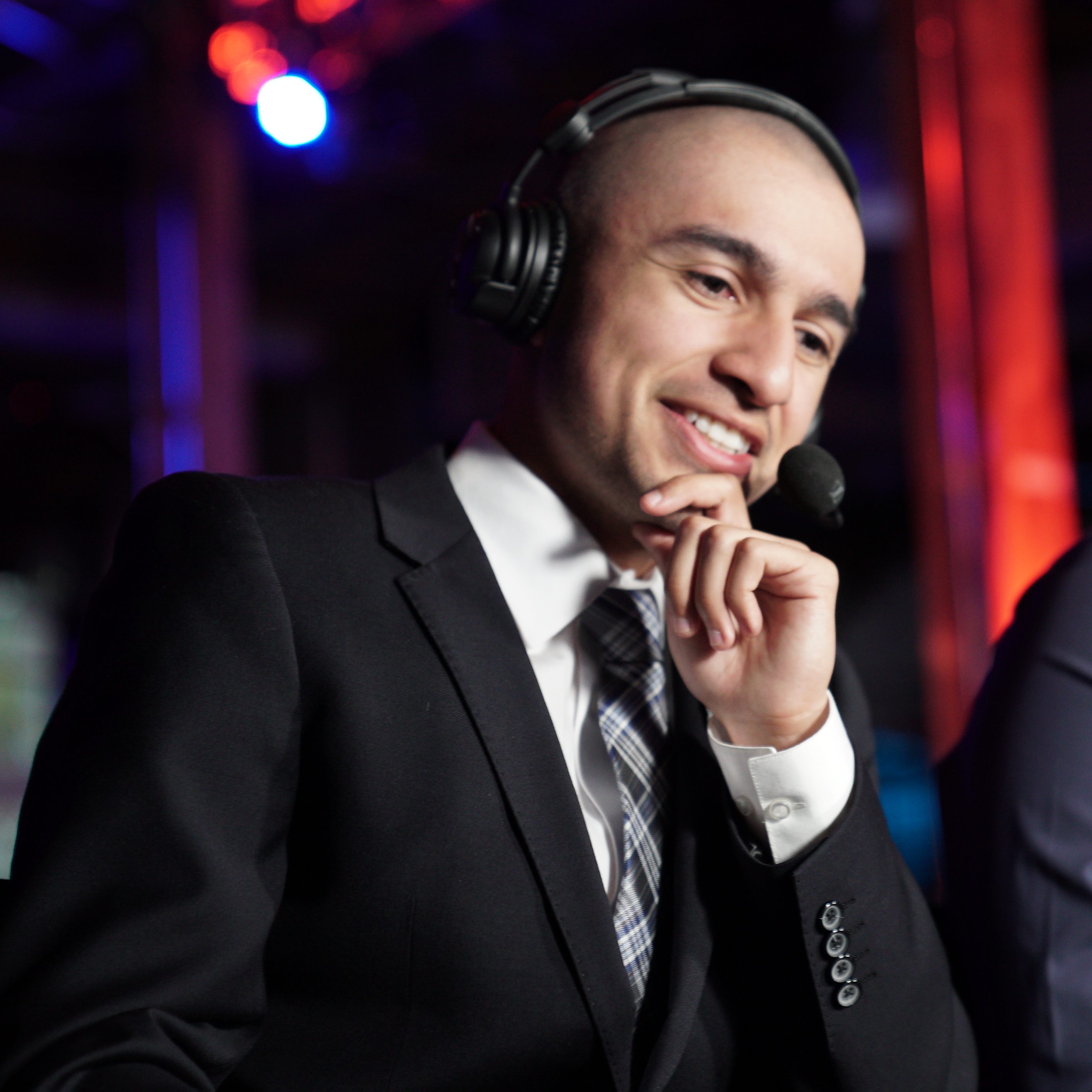 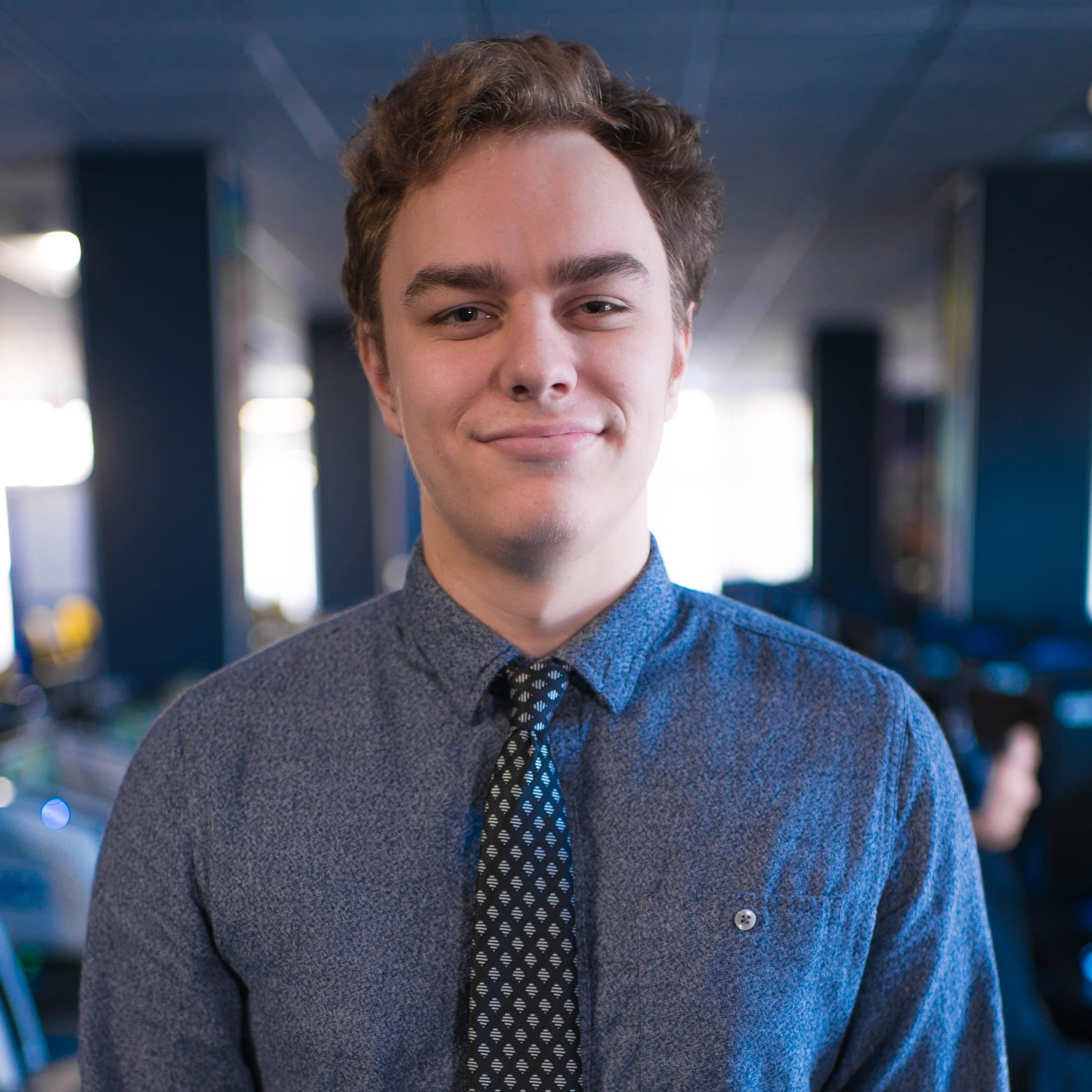 Camp Counselor
Damian is a recent alum, graduating with a Sociology major. As stream intern, his goal was to provide unique and engaging content on the Twitch platform. His favorite games include Super Smash Bros., World of Warcraft and Hearthstone. 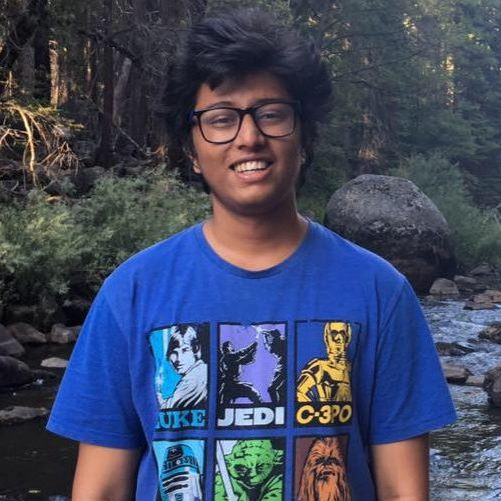 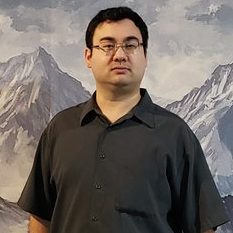 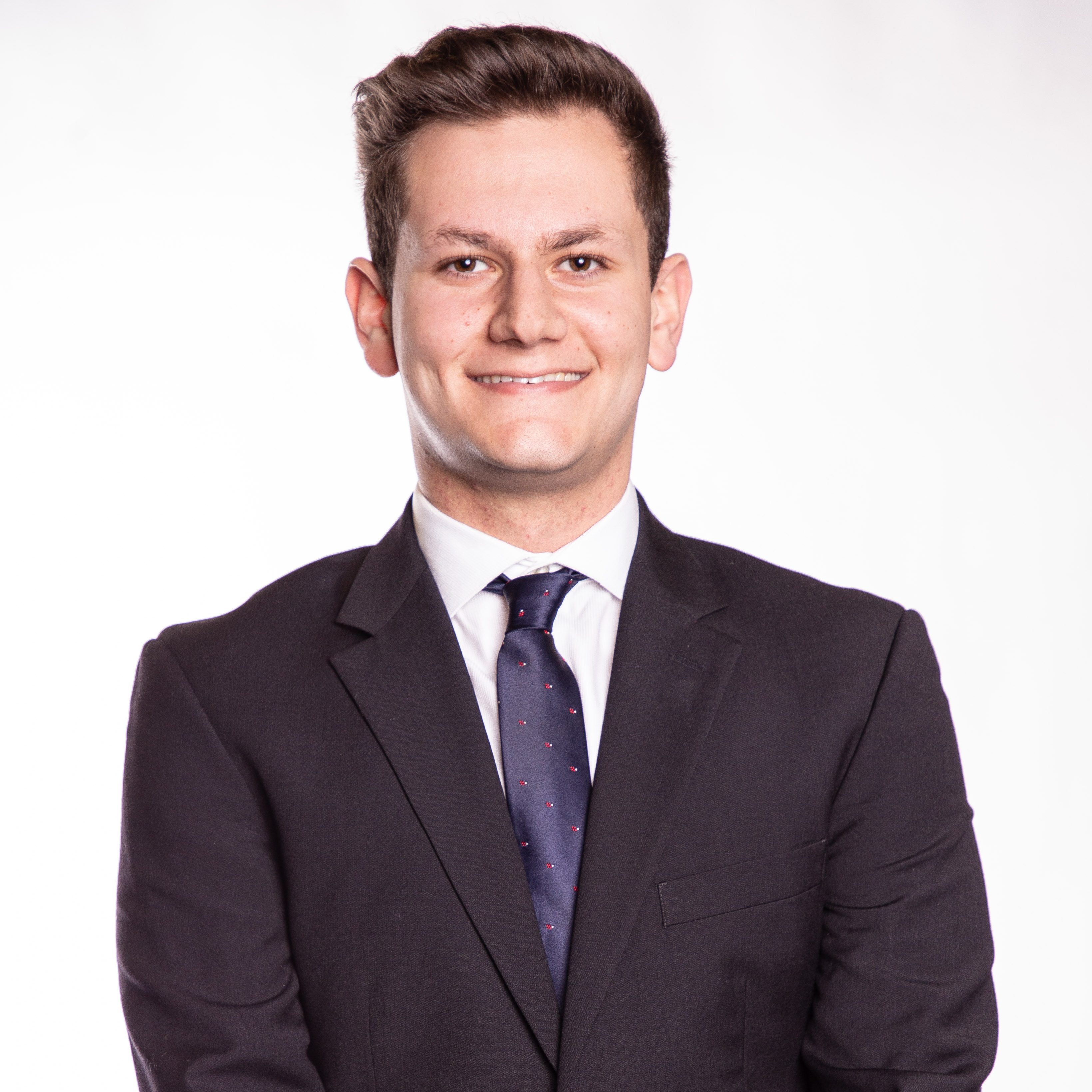 Camp Counselor
Nick is a 4th year undergraduate interested in esports business. He started at UCI Esports in 2016 as a volunteer photographer/videographer, moving up to Social Media Coordinator, and now Digital Marketing Intern. He is very competitive and loves FPS games like Counter-Strike: Global Offensive. 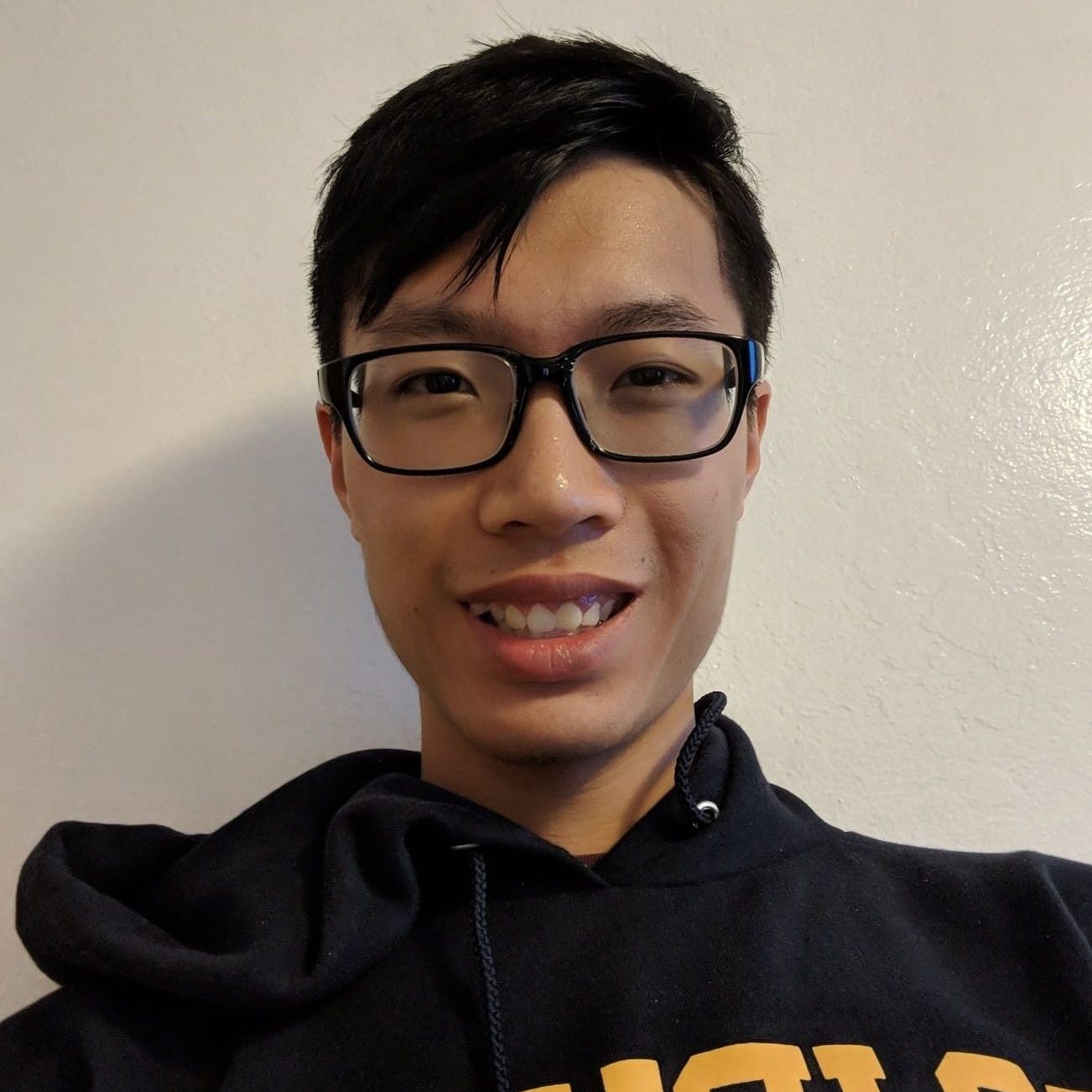 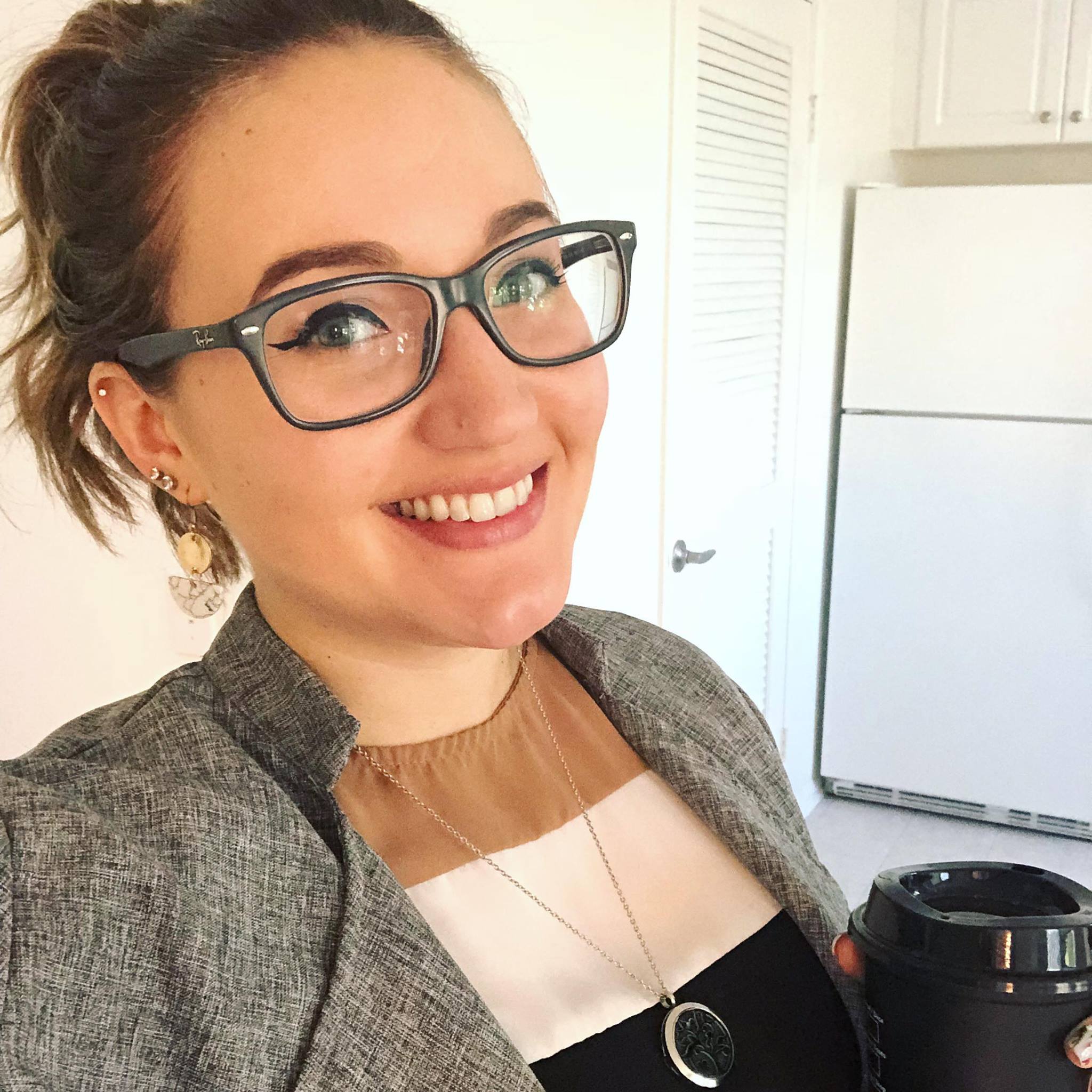 Producer, Second Dinner Studios
Nicki Quinn is a Producer at Second Dinner Studios. She has been a professional in the video game industry for over 7 years, although her involvement with games spans 20+ years. Her career in games started at Blizzard Entertainment when she joined the company as an Intern, transitioned to being a QA Analyst on Diablo III and World of Warcraft, a Project Manager on the Business Intelligence team, a Project Manager on the Esports team, as well as a Program Manager with the BlizzCon team. Outside of her work at Second Dinner, Nicki designed and taught Project Management courses with UCI as well as contributes to the game design program at Chapman University. 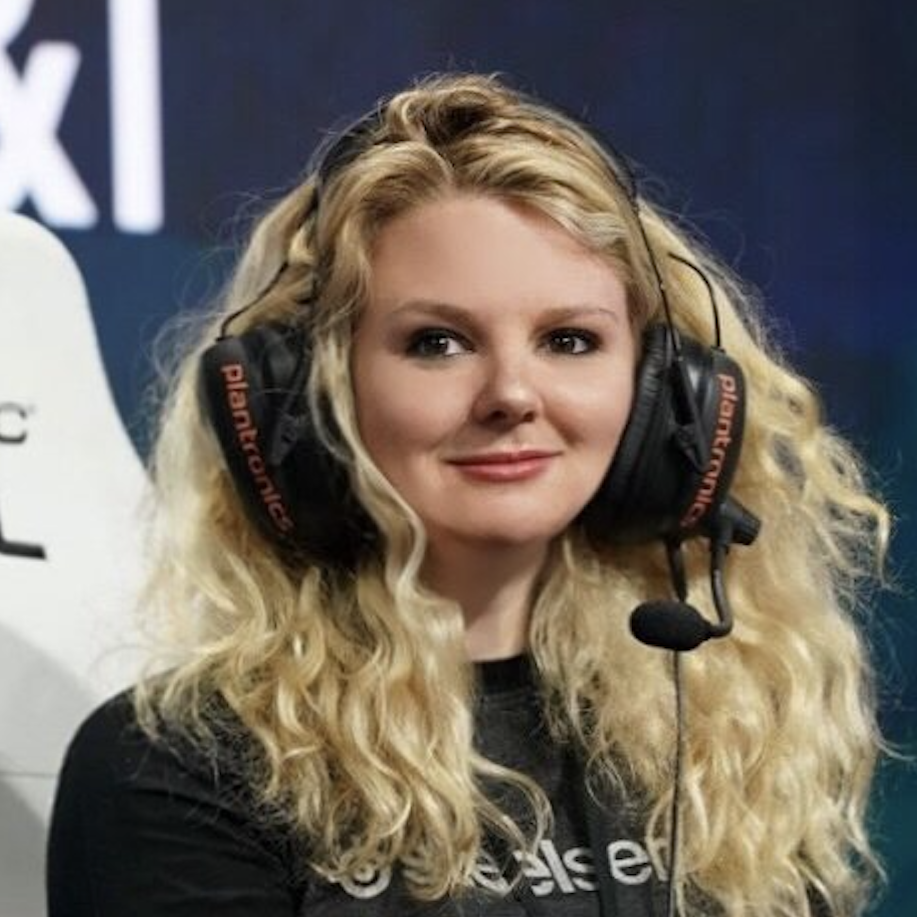 Partnerships Intern, NZXT
Recovering child actor Abby Sherlock, (real last name, no she’s not related to Sherlock Holmes) grew up in South Carolina before achieving her final form as a Forbes 30 under 30 in Games Finalist at the University of California, San Diego. (One of the top 60 individuals in the running for the list at only age 21.) She’s been broadcasted on the live page of Twitch as a personality, led panels with VAs from Overwatch, appeared on the E3 2018 ESL Gaming stage, interviewed pro players from CLG plus produced and hosted an all female gaming podcast. Besides interning at Geek & Sundry and Nerdist, and working as a Community Coordinator for Tespa, she's now with NZXT as their Partnerships Intern. She'll be starting at University of Southern California this Fall in their Interactive Media, Master of Fine Arts game design program. 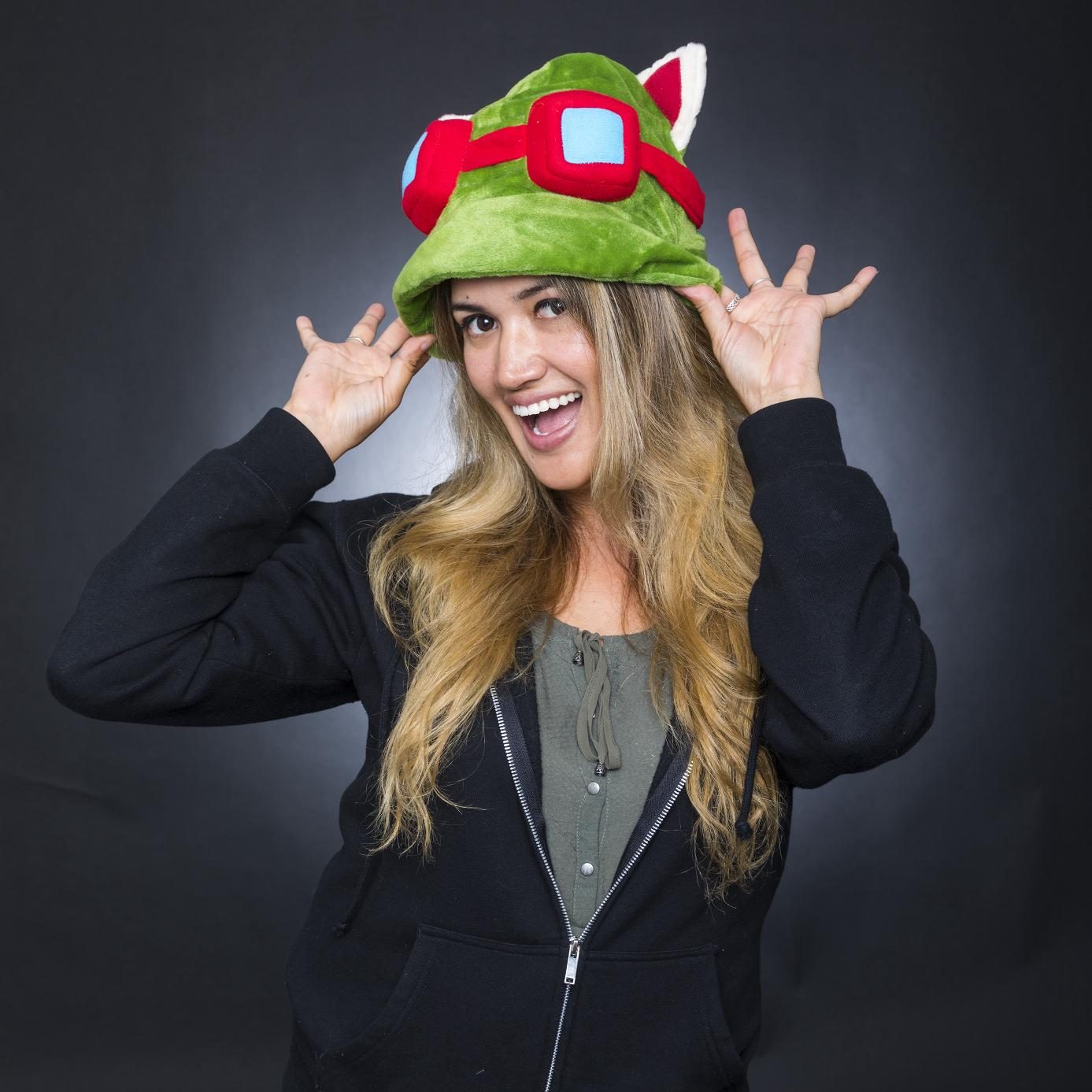 Influencer Manager, Riot Games
Sarah Michelle "Zephyr" got her start in gaming at Twitch, where she assisted streamers in making a living on the platform. Later she used her understanding of the needs of content creators to create Twitch's first Influencer Marketing team. Now at Riot Games, she supports streamers through a variety of online and in-person initiatives. In her spare time she plays off-meta picks in mid lane and works on genderbend cosplays. You can find her on Twitter @riotzephyr. 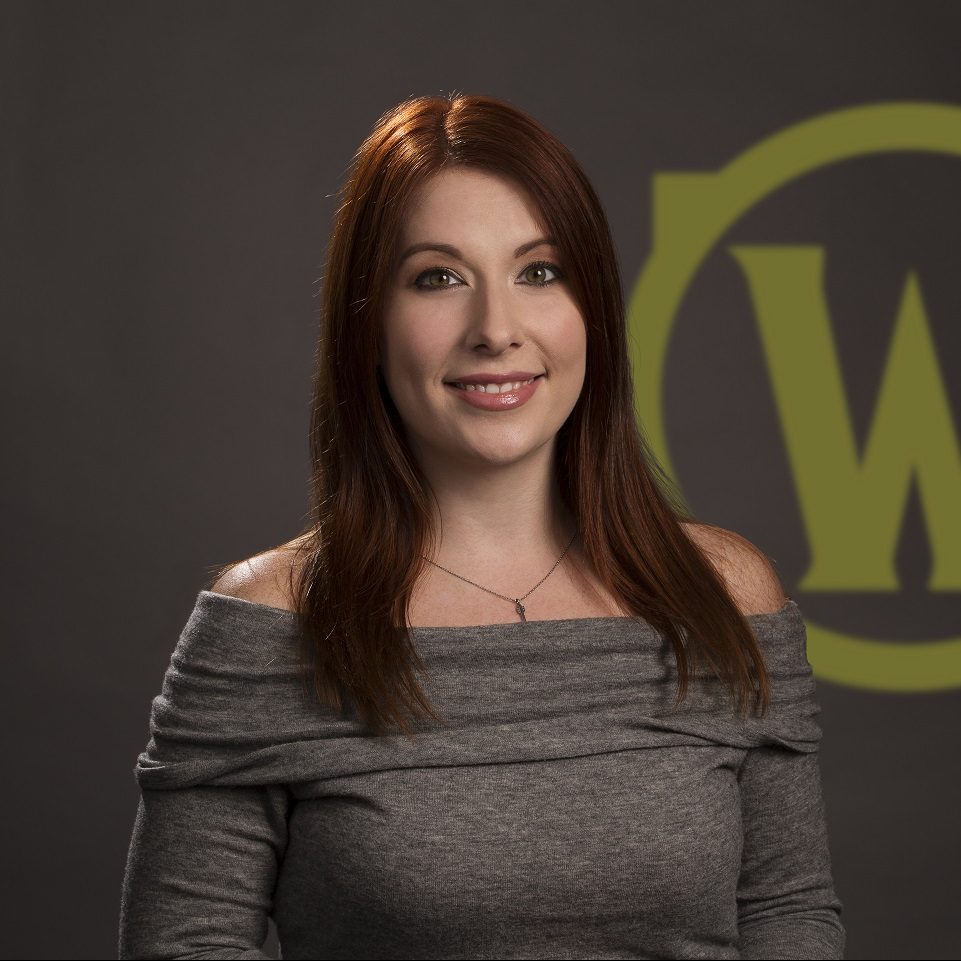 Community Events Lead, Los Angeles Valiant
Sabrina began her esports career in high school five years ago as a social media manager for League of Legends teams. Since then, she’s created her own collegiate gaming organization, Highlander Gaming, at her alma mater UCR; worked as a marketing manager for game developer FunPlus; created her own annual gaming convention Highlander Con; created contracted graphics for esports teams such as NRG and Team Liquid; and was given the amazing opportunity to intern at Blizzard Entertainment for Esports Events. Since graduating in Winter 2018, she has worked full time as the community events lead for the Overwatch League team, the Los Angeles Valiant. 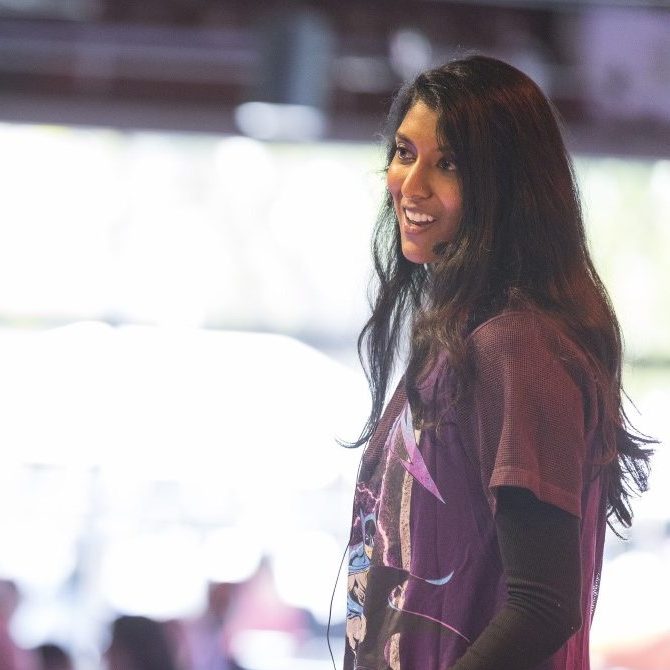 Writer
Hey! I'm Indu. If you play League, and are a Yasuomain, I have thoughts. If you play League, and know Diana is the best in all the lands, i respect you. I'm a writer. I play League competitively (silver - because i farm champs, not minions) but my favorites growing up were Skyrim, FF X, Assassin's Creed, Battlefront. (what i do: champ spotlights, vo, trailers, kd/a universe).

Esports is a fast-growing industry that combines the competitive aspect of gaming with the business practices seen across all modern sports. From tournaments to broadcasts and team management, esports is a multi-faceted industry with a massive baseline of work to get in on and tons of room to grow within your specific niche.

Where will the camp take place?

Where can I park my car?

The nearest parking structure is the Student Center Parking Structure. For a list of parking permit rates, please visit the Visitor Parking page on the UCI Transportation and Distribution Services site.

Once you park, walk across to the Student Center. Inside the building, there are two flights of stairs on the left. Once at the top, exit to the Terrace. The UCI Esports Arena is located straight and to the right, across from Jamba Juice.

Is there a registration fee?

Yes. The registration fee is $100 that is due a few weeks before the camp. However, your spot will not be reserved until your application is both accepted and the registration fee has been received. Scholarships may be available for those with financial need.

What kind of topics will be covered?

We will be joined by guest experts to explore a range of topics from streaming, game development, the competitive scene, and much more. Additionally, the camp will focus on networking and learning from the challenges our speakers have overcome in the currently male-dominated industry.

Who will be teaching at/leading the camp?

The camp counselors are all be members of the esports community on and around campus, including UCI Esports staff, UCI students and members of The Association of Gamers (TAG) at UCI. We will also feature guest speakers, including UCI alumni and individuals currently working at notable gaming organizations or related fields.

What games will be highlighted at the camp?

We want to cover all major players in the esports industry right now, although we may focus more on the most popular titles at UCI, including the ones typically offered at the UCI Esports Arena. Some titles include League of Legends, Overwatch, and Super Smash Brothers. We want to make sure all gamers feel welcome and represented.

What will the structure of the camp look like?

The camp will run from 9am to 5pm on all five days. Each day of the camp, we will focus on a specific topic of the gaming industry, such as club organization, marketing, content creation, competition, and game creation. For each day, we will also be bringing in prominent individuals within the esports community to present their personal experiences within the field.

Does my child have to identify as female to attend the camp?

While we will focus primarily on female role models and challenges that are unique to women in gaming and esports, we welcome all gender identities at our Girls in Gaming Camp.